We have a new addition to our back yard, and my husband gets all the credit. He did all the work; all I did was point and nod and sit back and admire. 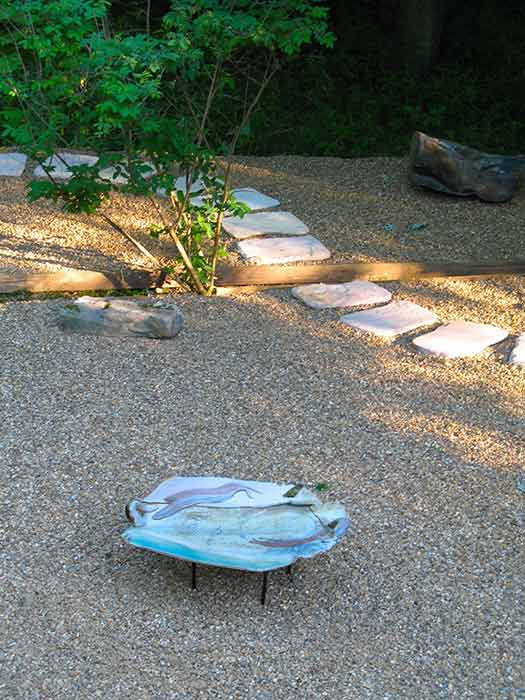 Among other mediums, he works in clay, and a few years ago he had an exhibit showing his tabletop clay zen gardens. He hand built and shaped slabs along with little clay rocks and things to rake the sand around (he even hand built the rakes). We’ve included one of the tabletop zen gardens in our yard-sized version, but we’re letting the rain collect in it without the sand so the birds have a spot where they can drink. 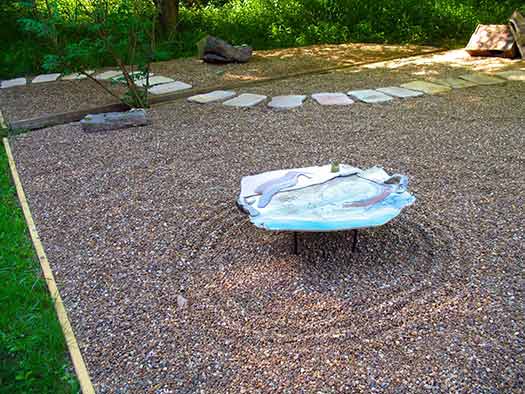 We did a test run using sand in our outdoor version, but it wasn’t working so well, so we bought pea gravel to use instead. 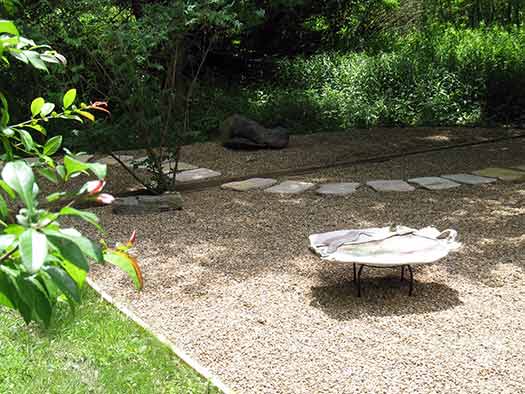 We also bought stepping stones, and some local wildlife (rabbit, squirrel and chipmunk) have already tested them out. I only know because I watched them from the kitchen window, but I haven’t caught them yet while I had my camera close. The chipmunk climbed to the corner of the top of one of the tall rocks and stood as tall as he could. I think he even squeaked, “I’m king of the world!”

It was a small squeak, so I could have misheard, but that’s what it sounded like to me.